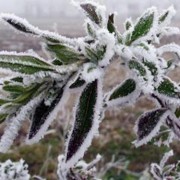 How to prevent frost damage

In the late autumn season plant-health measures on ornamental plants are reduced to a minimum, in parallel to the biological cycles of pathogenic microorganisms (biological agents responsible for the onset of the disease condition in plants), whether insects or fungi.

In this period, however, you need to pay more attention to the performance of the temperature, planning a rational strategy for preventing the damage caused by frost.

The cold stress felt by ornamental plant, grown in pots or in open fields, it is essentially caused by two types of frost:

The damage caused by frost are caused by cell water which, when the temperature decreases, it solidifies going to affect both the cells themselves and whole plant tissues.

After the thaw, the affected green tissues appear as emptied and undergo desiccation.

Symptoms of frost damage are visible on the various plant organs, and can occur in various ways:

In the nursery the plant, receiving the necessary fertilization and irrigation, tends to grow a lot and for longer time, compared to the natural conditions, becoming more sensitive to the symptoms described above. This necessitates some targeted operations dedicated to strengthening or better hardening plant tissues, such as:

Considering that at this time of year the frosts can affect the quality of the nursery product, you must pull the analytical knowledge of the meteorological phenomenon to some technical measures that make the plant more resistant.

For more tips for maintaining your plants healthy and beautiful, we are always at your disposal with an internal agronomist able to meet your needs. Write us, we will respond within 48 hours.

HOLLY, a magical and meaningful plant

THE ESSEN FAIR – a good opportunity to meet our customers
Scroll to top
This popup will close in: